The Centennial at the Grass Roots Series
The World War I
Memorial Inventory Project, Part II

Yesterday in Roads to the Great War, we gave a photographic preview of the preliminary work done by Mark Levitch of the very promising World War I Memorial Inventory Project. Today, we would like to provide Mark a platform so he can tell you about his hopes and plans for the project. The "bottom line," of course, is that to succeed the Project needs both financial support and workers. I hope you have seen in yesterday's posting the potential of this effort, if it receives enthusiastic backing from the World War I community. If you do, now is your chance to enlist.

The World War I Memorial Inventory Project, which was recently endorsed by the National World War I Museum, is a volunteer-based effort to assemble an online inventory of all World War I memorials and monuments in the United States.  Numbering in the thousands, spread across the country, and ranging from simple honor rolls to grandiose architectural complexes, these memorials are tangible and potent reminders of the significance the nation attached to the conflict and to commemorating those who participated in it. 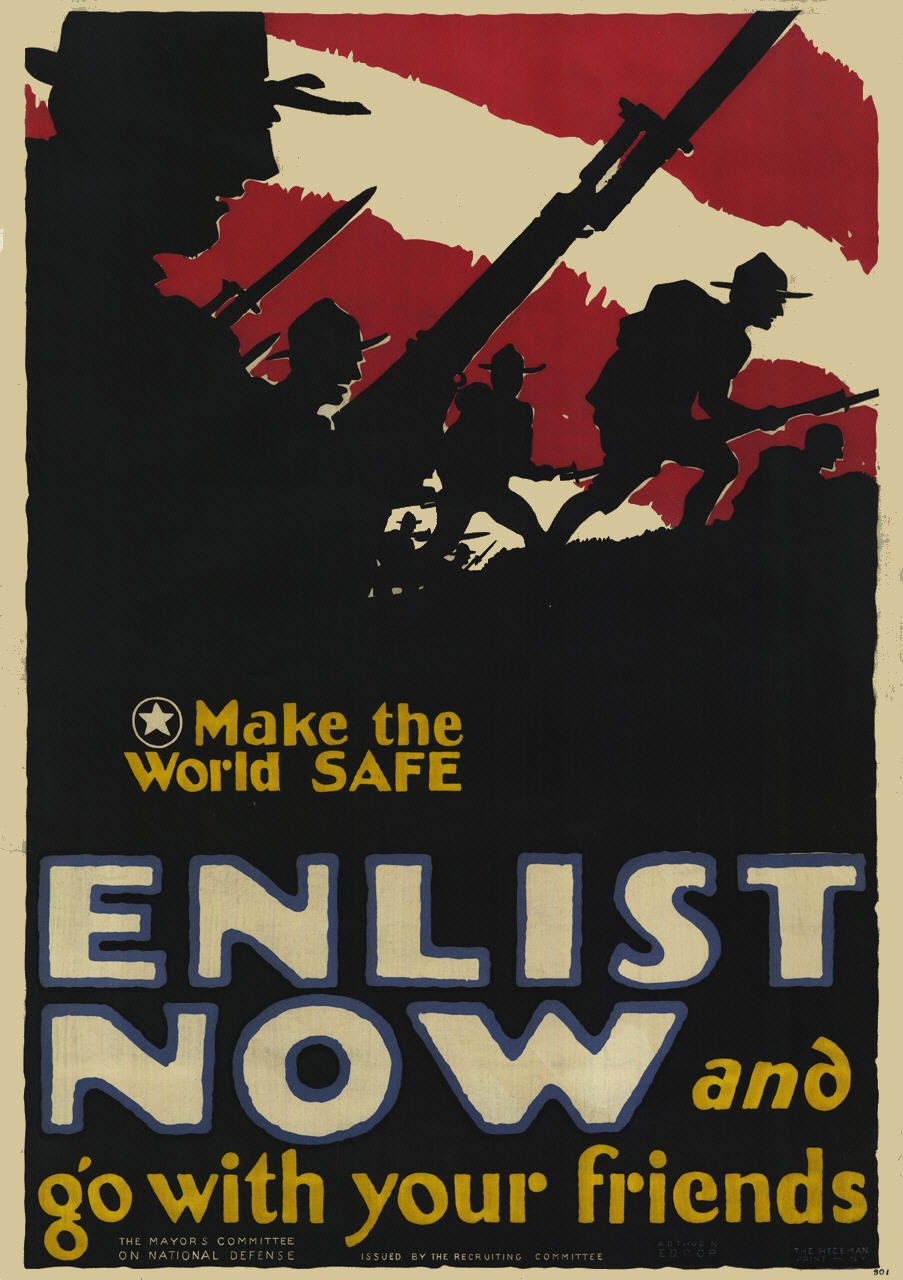 The first rationale for the inventory project is preservation.  Even many well-known memorials are in poor condition; others have disappeared entirely due to theft, neglect, or vandalism.  An inventory will identify, document, and preliminarily assess the condition of the memorials, providing a baseline record that is a prerequisite for any preservation effort.

The second rationale is education.  The inventory, to be conducted by volunteers – including schoolchildren – will encourage historical research to uncover the stories of local memorials and the people they commemorate (which research will be added to the memorial's record). The project will bring attention to the memorials, singly and collectively, and to the war that occasioned them.

The inventory aims, too, to be a significant public history resource.  Basic survey and historical information, photos, and mapping capabilities will facilitate research.  The memorial database will include the names inscribed on memorials, and these, in turn, can be linked to other resources, such as the ABMC World War I database. The website will also feature short, scholar-authored interpretive essays.

The Memorial Inventory Project’s website and database – to which researchers will be able upload information remotely – are under construction.  In the meantime, we are looking for volunteers to help coordinate the effort and (tax-deductible) donations to help defray costs.  Contact and donations can be made at the placeholder website: http://wwi-inventory.org