"Mostest with the Leastest" in the Great War 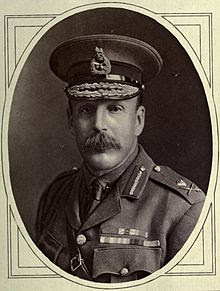 One measure of distinguished generalship is the ability to find victory despite limited resources. As Bedford Forrest might have put it, "Doing the mostest with the leastest." An example from the First World War is British Lieutenant General Sir Frederick Stanley Maude, successor to defeated and subsequently disgraced General Charles Townshend in the Mesopotamian theater. Maude was appointed by Imperial General Staff Chief William Robertson, who thought he could be depended upon to hold the line and not request reinforcements from the Western Front.

Maude, however, worked with what he had, carefully rebuilding his limited forces, outmaneuvering more than outfighting his German-commanded Turkish opponents—eventually regaining the strategic initiative. He recaptured Kut in February 1917 and took Baghdad less than a month later. His successes continued, but he was fatally struck down by cholera the same year in November. A year later, his successor, General William Marshall, accepted the Turkish surrender at Mosul.