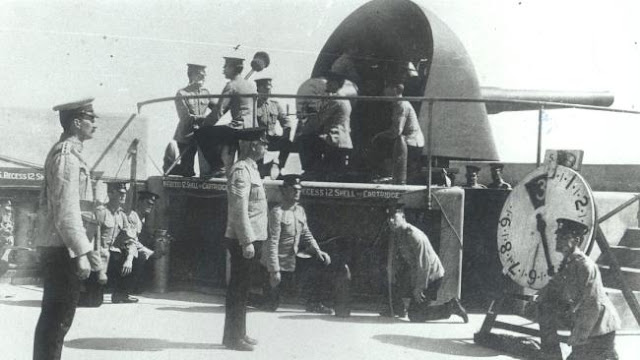 Australia was the first Commonwealth nation to fire shots in both World War I and World War II. What's even more interesting is that both times they were fired by the same gun at the same fort for the same purpose, that is, artillery at Fort  Queenscliff, Point Nepean, attempting to prevent German merchant vessels from escaping through Port Phillip Heads, Melbourne Harbor. On 5 August this 6-inch gun at the fort fired on the German vessel SS Pfalz, which was later converted to an Australian troopship. On 4 September 1939 another battery fired on what they thought was another German ship. That turned out to be mistaken, but it was still the Commonwealth's first shot fired in anger in WWII.